Add to List
In honor of the 450th anniversary of Philip Melanchthon’s death in 1560, a second edition of his Loci Communes (“Commonplaces”...
Skip to the end of the images gallery 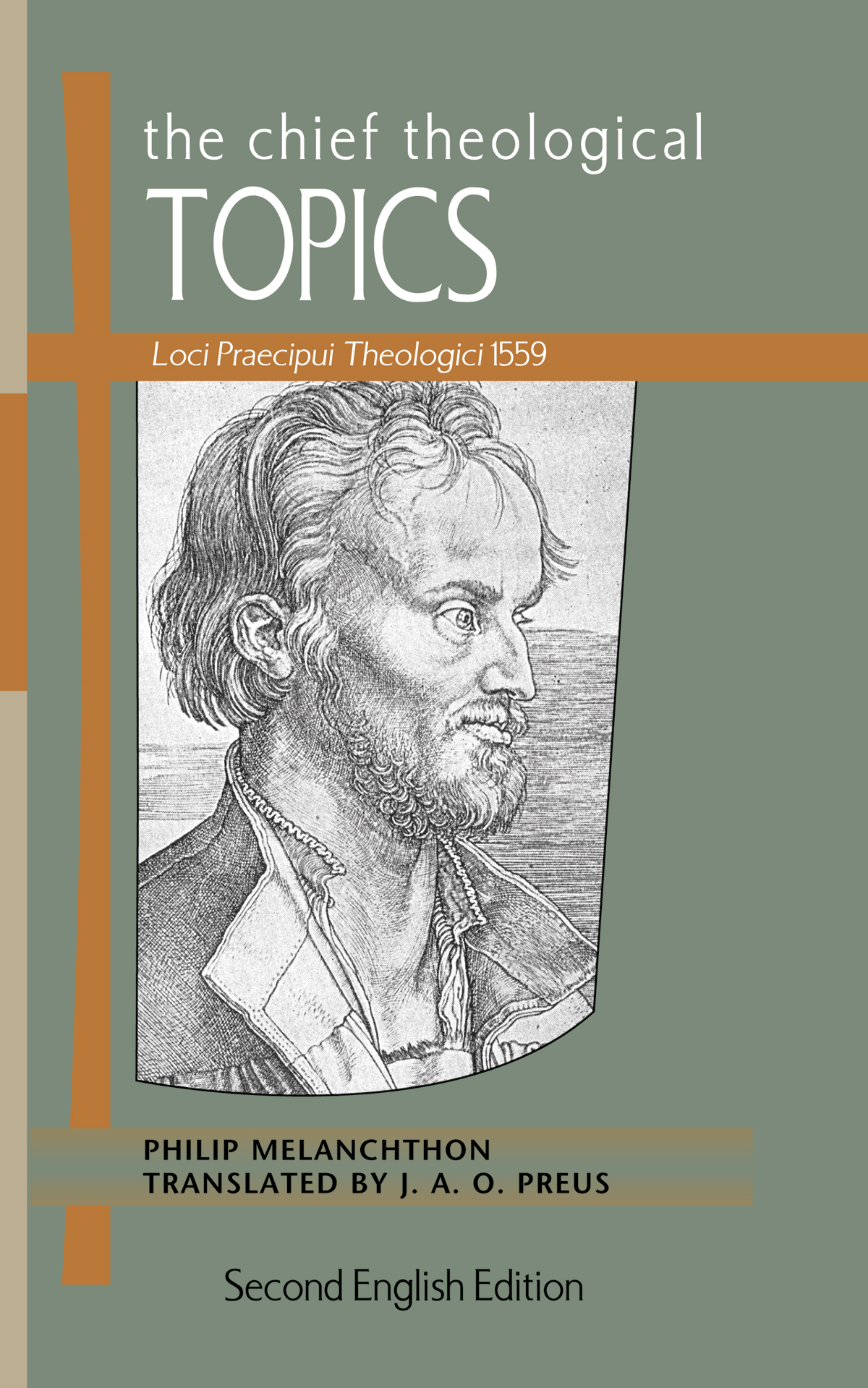 Skip to the beginning of the images gallery
Look Inside
Details
In honor of the 450th anniversary of Philip Melanchthon’s death in 1560, a second edition of his Loci Communes (“Commonplaces” or “Common Topics”) has been issued. Originally published by CPH in English under the name Loci Theologici 1543, this book is actually Melanchthon’s last Latin edition, published in 1559. Generations of Lutheran pastors learned theology from this book in the sixteenth and seventeenth centuries. This revised English edition includes several new features: a new translation of Melanchthon’s “Definitions of Terms That Have Been Used in the Church,” a new historical introduction, cross-references to the original Latin, a Scripture index, and an index of persons.
Melanchthon's Loci praecipui theologici is one of the several most significant and influential compendia of theology written during the Reformation. This translation, which presents the final stage of its textual development, had an enormous impact on developing Lutheran and Reformed theology, whether in its content or its method. The new edition of Preus's work with Mayes's introduction and translation of the appendix, "Definitions," is a welcome presence in Reformation studies.
Richard A. Muller, P.J. Zondervan Professor of Historical Theology
Calvin Theological Seminary, Grand Rapids, Michigan
The third and final "age" of Philip Melanchthon's Loci editions was not only longer but also more carefully worded and in some ways more overtly evangelical than the second "age" of 1535. Melanchthon was putting his best foot forward, yet he hardly backed down from flawed assertions such as the necessity of good works to retain faith. Here, this premise entered his treatment of the Law's first use. Students of the Lutheran confessional heritage cannot ignore this book!
Ken Schurb, Pastor
Zion Lutheran Church, Moberly, Missouri
More Information
Write Your Own Review
Availability: In stock
Add to List