One Lord, Two Hands?: Essays on the Theology of the Two Kingdoms

Add to List
Join Rev. Dr. Matthew Harrison and Dr. John Pless in their edited anthology of essays on the Theology of the Two Kingdoms, addressing the faithful stance of the church in the midst of political and theolo
Skip to the end of the images gallery 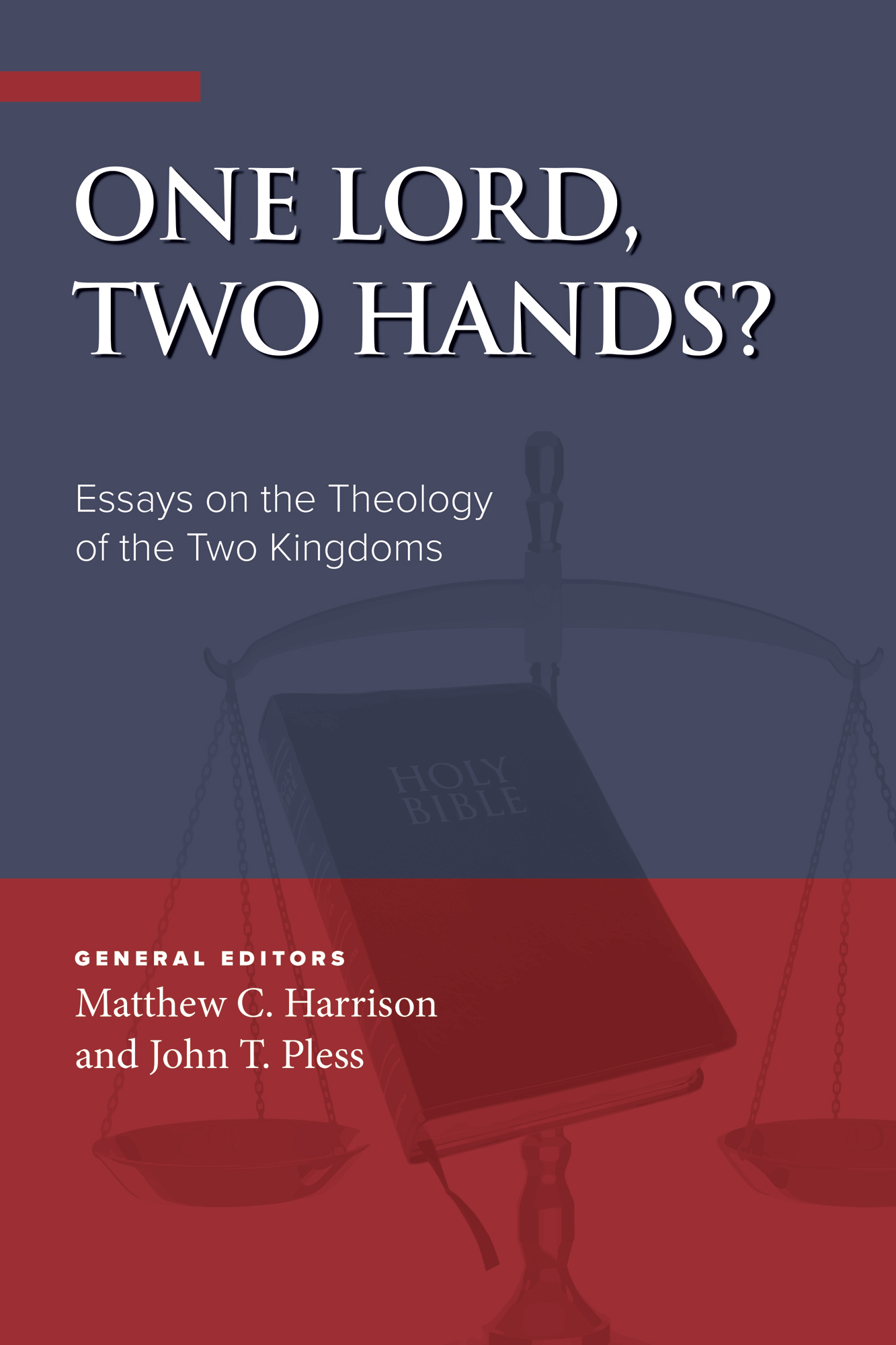 Without the proper distinction between the two kingdoms, Christians will oscilate between fanaticism and apathy in the face of social and political issues. Rather than segregate Christian life into purely secular and spiritual categories, Two Kingdoms Theology establishes a groundwork for realistic, God-pleasing work in this fallen creation.

While this volume is not an exhaustive treatment of the Theology of the Two Kingdoms, it gathers essays ranging from the heyday of Two Kingdoms research just after World War II to contemporary scholars. It will quickly become clear that there isn’t a single, monolithic interpretation among the essays presented, but care has been taken to collect voices with a shared respect for Luther’s articulation of God’s two kingdoms and a dedication to faithfully addressing the issues facing the Church today. At the end of the volume, the “For Further Reading and Study” section provides a wealth of resources for further study.

"Current North American Christianity, whether inspired by the Marxist left or the Evangelical right, tends to politicize the Gospel, and so obfuscates both the Gospel’s purity and the integrity of Christian social responsibility. One Lord, Two Hands? is a one-stop resource that offers a Lutheran theology of politics that neither caves to a secular “naked public square” nor cavorts with a Reformed tendency to Christianize each inch of culture as if God were not already ruling there. Eschewing both quietism and fanaticism, Lutherans enter the public arena, aware of God’s “left hand” in which He provides order to a potentially chaotic world and His “right hand” which imparts the life-giving Good News. This book is must reading for anyone interested in how Christians should engage wider culture."—Mark Mattes, LBI Chair in Bible and Theology, Grand View University, Des Moines, IA

"As a theologian who has one foot in the late twentieth century and one in the twenty- first century, I see the collection of papers on the topic as fundamental and necessary. First, the texts lead us to look at the past because we can read the best that was written when seeking to understand the “doctrine of the two kingdoms” in Martin Luther’s theology around the first half of the twentieth century. Second, we are urged to continue the reflection with texts that lead us to look forward in the light of what was written at the end of the twentieth century and the beginning of the twenty-first century. Therefore, at the present time, the work is unique and deserves our full attention."—Clo´vis Jair Prunzel, Semina´rio Conco´rdia and ULBRA, Brazil

"As American culture moves beyond any semblance of civic Christianity, the question of how to relate church and state has become a pressing one for all Christians. The Lutheran Church has a rich tradition of reflection on this issue, and yet has often been misunderstood both by non-Lutherans and even by Lutherans themselves. The collection of classic essays in this volume offers a panoramic view of the various nuances in the Lutheran approach to two kingdoms and an excellent starting point for contemporary discussions of religion, politics, and how the two can be related to each other. A very useful addition to the literature on this important subject." -Carl R. Trueman, Professor of Biblical and Religious Studies, Grove City College, Grove City, PA

Rev. Dr. Matthew C. Harrison is president of The Lutheran Church—Missouri Synod. Before becoming Synod president, Harrison served for nine years as the executive director of LCMS World Relief and Human Care. In addition to his presidential duties, he is a prodigious theologian and scholar, authoring, translating, or editing numerous articles, pamphlets, and books of contemporary and classic Lutheran theology.

One Lord, Two Hands?: Essays on the Theology of the Two Kingdoms (ebook Edition)
Write Your Own Review
Availability: In stock
Add to List