On the Gospel and Repentance - Theological Commonplaces

Add to List
In this Theological Commonplace, Gerhard addresses confusion between the Law and Gospel and the proper place of repentance in the Christian Life.
Skip to the end of the images gallery 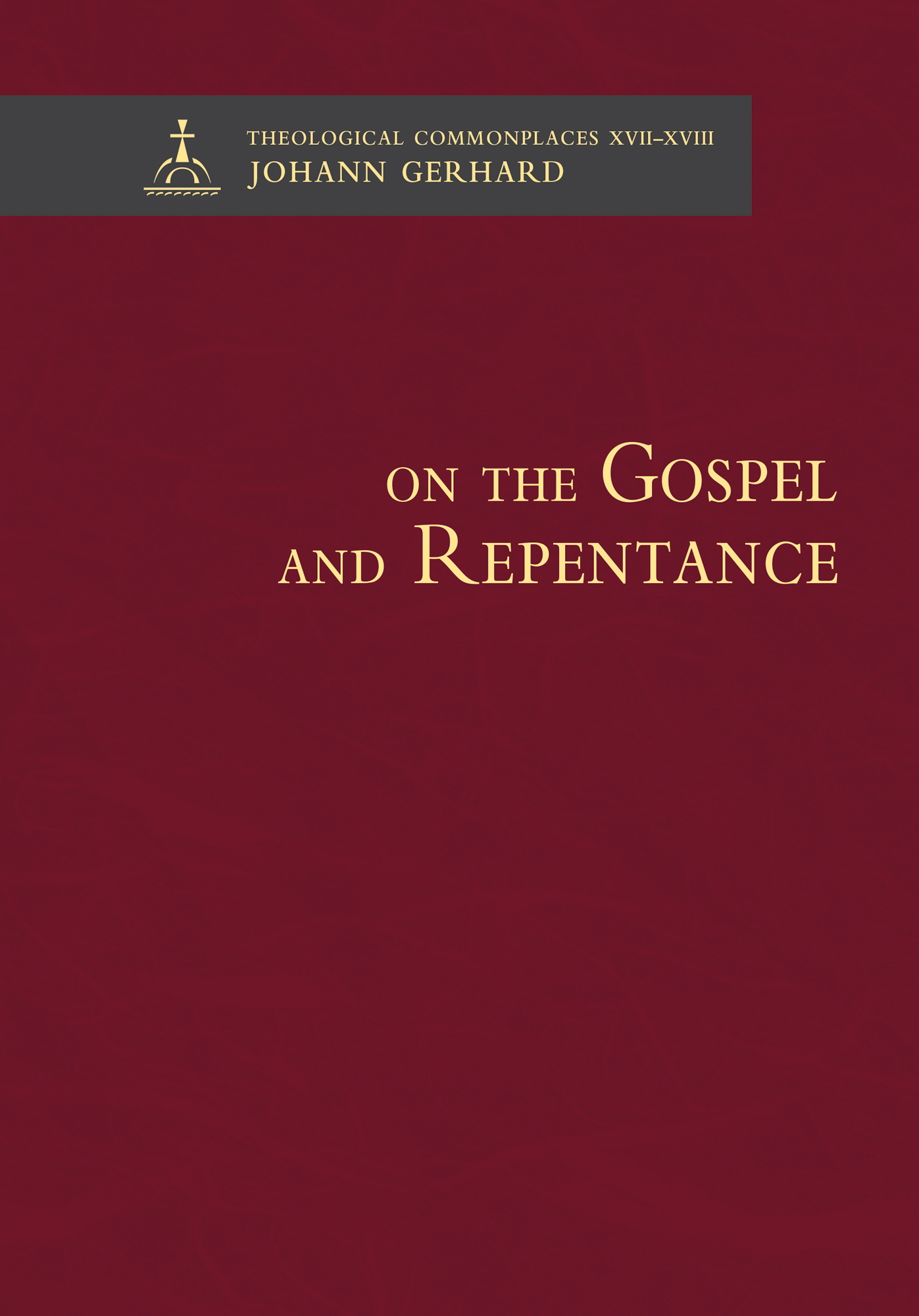 On the Gospel defines the Gospel carefully as the proclamation of God’s promises and forgiveness of sins for the sake of Jesus Christ. Since confusions continually arise on the relationship of the Gospel to the text of the New Testament, Old Testament, and the Law of God, Gerhard carefully distinguishes Law from Gospel and explains how the Gospel is found in both testaments. Against the Roman Catholic idea of “supererogation,” Gerhard explains that Christ revealed the same moral Law as had been given in the Old Testament, but did not add to new laws that are supposedly optional for Christians.

On Repentance deals with salutary turning-away from sins, which Lutherans commonly define as including contrition (grief over sins committed) and faith in the promise of forgiveness for Christ’s sake. Much of this commonplace takes apart the Roman Catholic sacrament of Penance, defined as consisting of contrition, confession, and satisfaction, as well as the concept of indulgences that is bound up with this. At the same time, Gerhard supports and defends private, individual confession and absolution of Christians before their pastors as a practice fully in accord with Holy Scripture.

On the Gospel and Repentance - Theological Commonplaces (eBook Edition)