Be the first to review this product
Item #:
531195KIN
Availability: In stock

Availability: Downloadable and Digital Access items are non-refundable
On Sin and Free Choice consists of three commonplaces: “On Original Sin,” “On Actual Sins," and “On Free Choice.” Examine the nature of sin, the many categories of sin, and the meaning of a free will.
Skip to the end of the images gallery 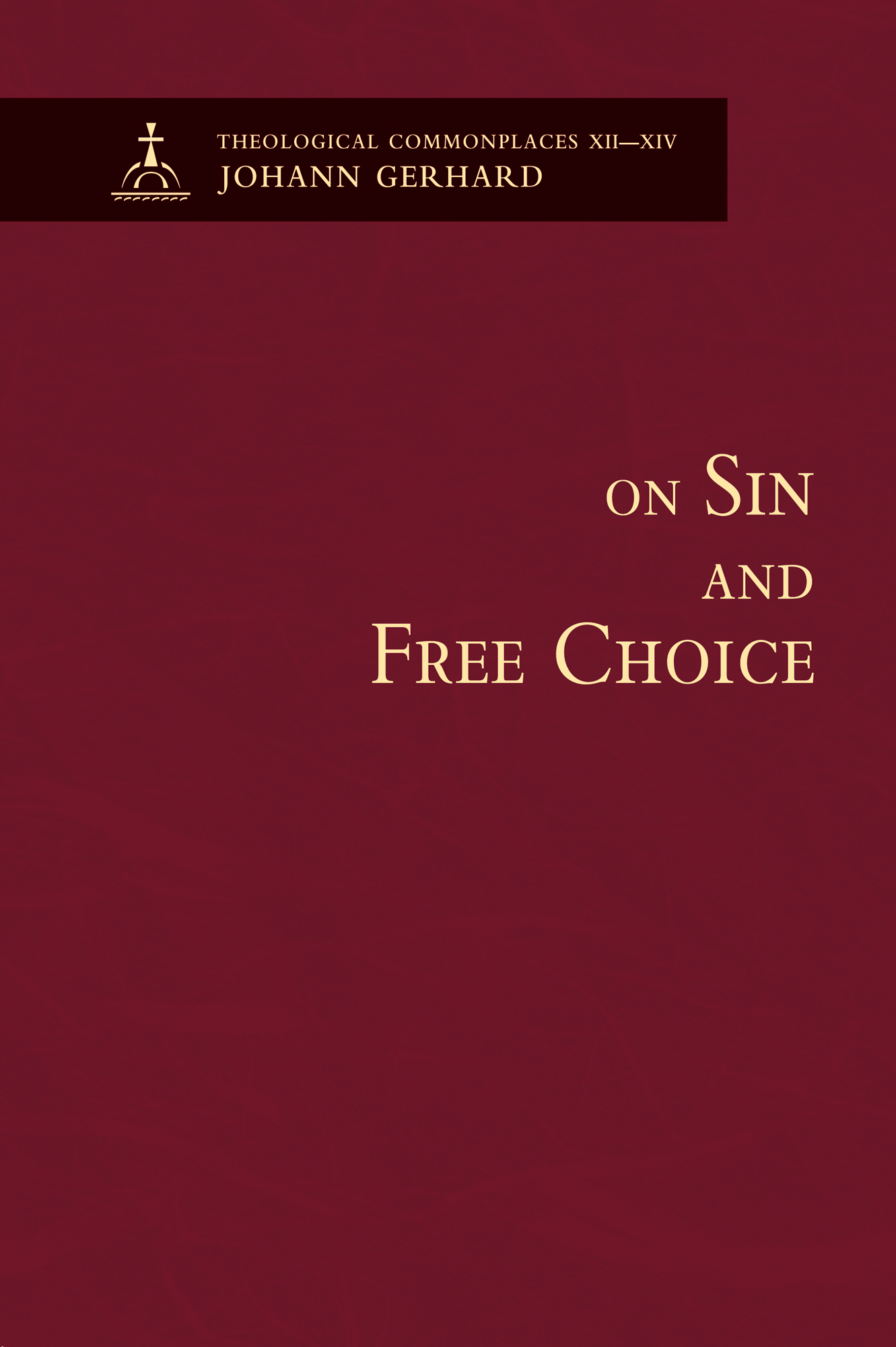 On Sin and Free Choice consists of three of Johan Gerhard’s commonplaces: On Original Sin, On Actual Sin, and On Free Choice

On Original Sin establishes the existence of original sin from the testimony of the scriptures. Gerhard identifies original sin not only as the loss and lack of mankind’s original righteousness but also a newly corrupt quality that adheres to our nature, while not being rightly called the whole substance of fallen man.

On Actual Sin presents Gerhard’s understanding of committed sins, caused by mankind’s corrupted nature, Satan, and the stumbling blocks of the world. He proposes various divisions of sin such as voluntary and involuntary sins, sins of ignorance or infirmity, and sins of omission versus commission. Regardless of their type, sins are mortal in Gerhard’s framework, insofar as all sin brings death, even though Gerhard fervently confesses a scale of severity in sin in terms of earthly reckoning. Gerhard also dedicates large portion of the volume to concupiscence, its nature, and its implications.

On Free Choice addresses freedom of the will in two realms, civil and divine. Concerning the civil will, Gerhard supports the notion that day-to-day choices and actions are within the domain of mankind’s will. The freedom he denies it the freedom to choose righteousness and turn towards God. Gerhard argues that prior to regeneration, the will of man is bound to sinfulness insofar as it is without faith in and love of God.

On Sin and Free Choice - Theological Commonplaces
Write Your Own Review
Availability: In stock