This volume contains the commonplace On Eternal Life, originally published in 1622 in the ninth volume of Johann Gerhard’s Theological Commonplaces.

Skip to the end of the images gallery 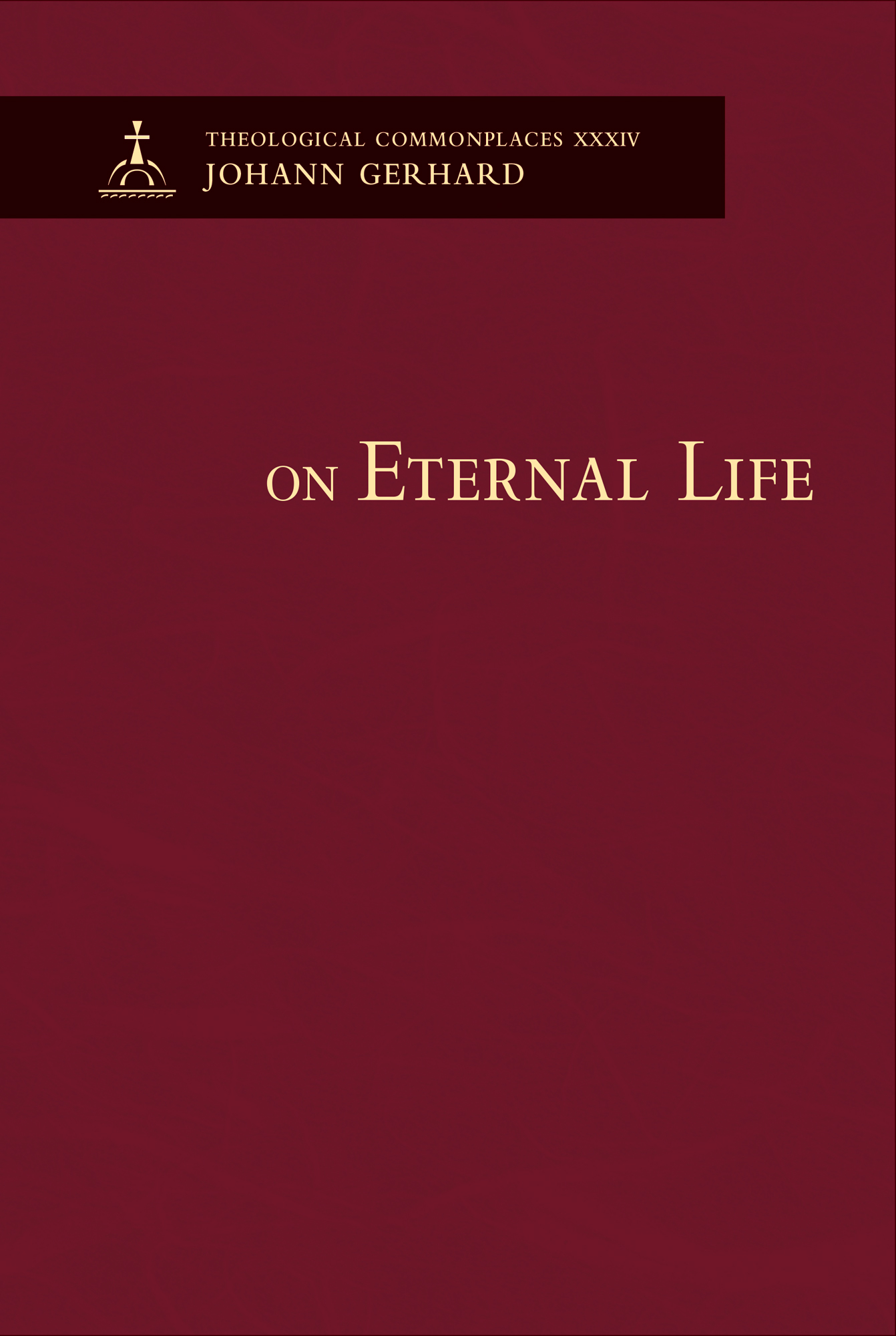 Skip to the beginning of the images gallery
Look Inside
Details
This volume contains the commonplace On Eternal Life, originally published in 1622 in the ninth volume of Johann Gerhard’s Theological Commonplaces. On December 3, 1610, Gerhard held a disputation on the “four last things of man” these include death, resurrection, judgment, and then either hell or heaven. 1 Pet. 1:9 says that “the end of our faith” is “the salvation of our souls.” The translation of this verse has three different meanings that change the view of faith when Christians encounter mysteries not revealed in this lifetime. Each and every one of these meanings has its place in the apostolic text for a distinct reason. Gerhard makes a systematic attempt to answer these questions biblically and give advice on using this theology.
About This Series
The Theological Commonplaces series is the first-ever English translation of Gerhard’s monumental Loci Theologici. Gerhard was the premier Lutheran theologian of the early seventeenth century. Combining his profound understanding of evangelical Lutheran theology with a broad interest in ethics and culture, he produced significant works on biblical, doctrinal, pastoral, and devotional theology. Gerhard interacts with the writings of the church fathers, Luther and his contemporaries, and the Catholic and Calvinist theologians of his day. His 17-volume Loci is regarded as the standard compendium of Lutheran orthodoxy, with topics ranging from the proper understanding and interpretation of Scripture to eschatology.
Useful for research on Lutheran doctrine, Gerhard’s accessible style makes this a must-have on the bookshelf of pastors and professional church workers.
Each embossed hardback volume includes:
More Information
Other Formats