Be the first to review this product
Item #:
531148KIN
Availability: In stock

Availability: Downloadable and Digital Access items are non-refundable
In this Theological Commonplace, Gerhard considers the time and nature of creation and the nuances of predestination theology.
Skip to the end of the images gallery 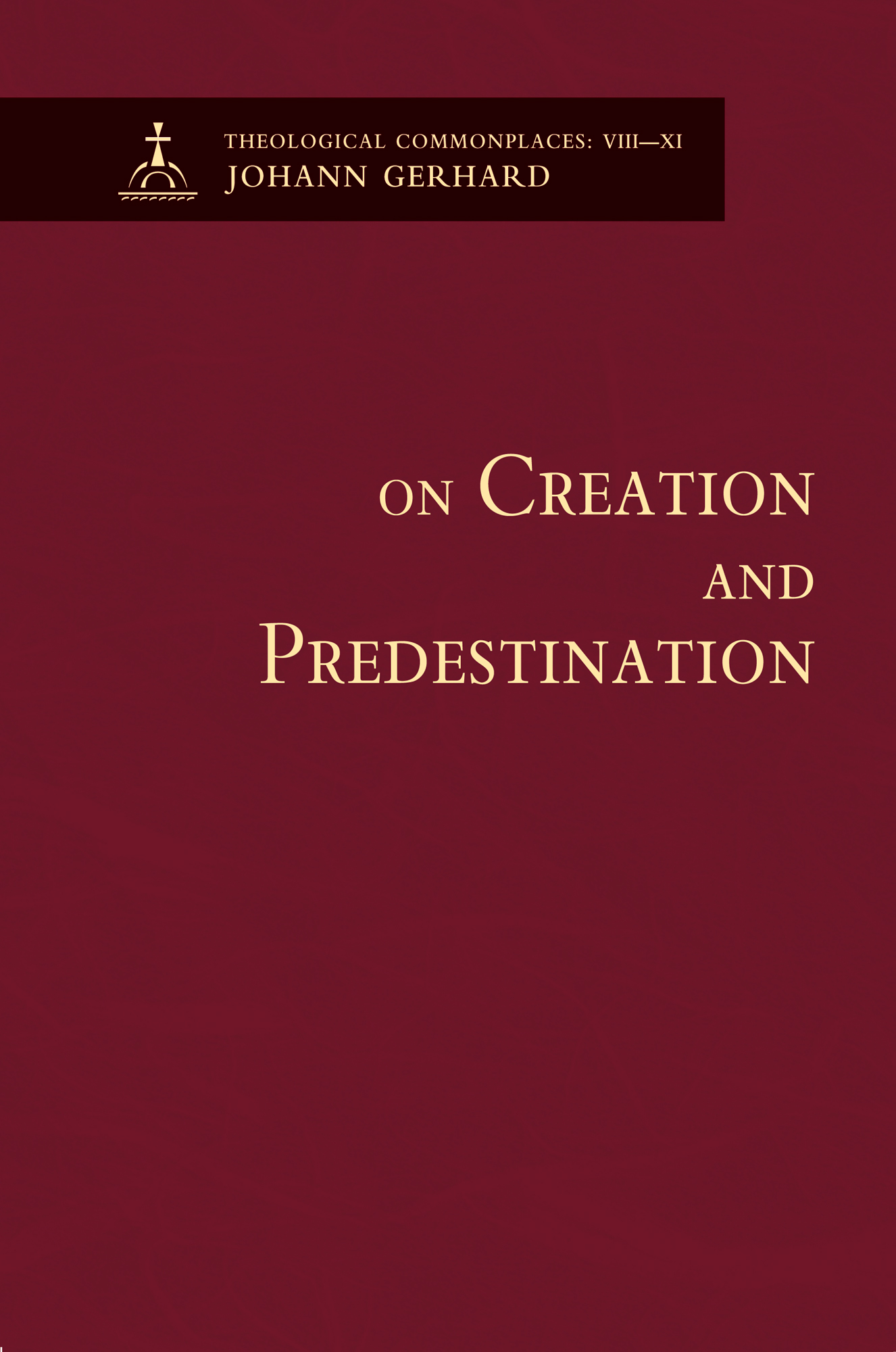 On Creation and Predestination consists of four of Johan Gerhard’s commonplaces: On Creation and Angels, On Providence, On Election and Reprobation, and On the Image of God in Man After the Fall.

On Creation and Angels presents a day-by-day interpretation of the creation account that argues for a simple six-daytimeline, against a variety of astrological interpretations prevalent in his day. Gerhard emphasizes the Ex-Nihilo mode of creation, and he identifies each of the three persons of the Trinity in the action of creation. In a lengthy supplement, Gerhard considers the creation of the Angels. Here, he explores the term “angel” as a title of office, meaning “messenger”, rather than a specific nature of being. He dismisses extensive studies of the ranks and orders of angels on the account of the limited scriptural evidence for such pursuits and denies any practice of angelic veneration.

On Providence considers the foreknowledge of God, attributing to it purpose, control, preservation, governance, while maintaining that in the case of human sin God foresees sin, sustains the lives of fallen men, and permits their sin even as he limits its extent and uses it for good.

On Election and Reprobation establishes the causes of election and reprobation in mankind. Gerhard argues for an election based on foreseen faith while also firmly confessing that faith is a gift of God. In contrast, Gerhard sees human sin as the sole cause of reprobation.

On Creation and Predestination - Theological Commonplaces
Write Your Own Review
Availability: In stock