Add to List
Engage in essays written by modern Lutheran professors, pastors and scholars.
Skip to the end of the images gallery 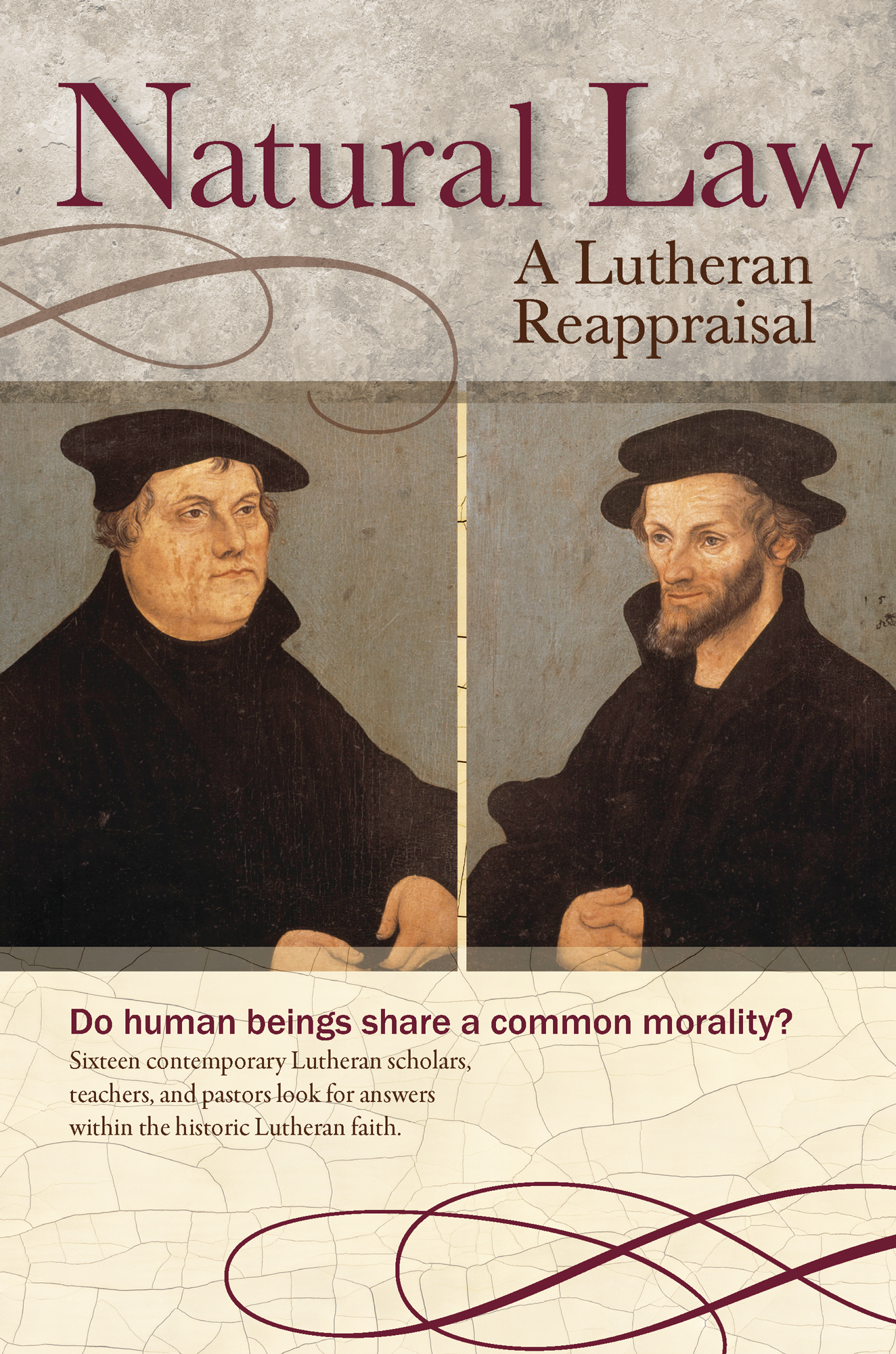 Skip to the beginning of the images gallery
Look Inside
Details
Natural Law: A Lutheran Reappraisal presents engaging essays from contemporary Lutheran scholars, teachers, and pastors, each offering a fresh reappraisal of natural law within the context of historic Lutheran teaching and practice. Thought-provoking questions following each essay will help readers apply key Bible texts associated with natural law to their daily lives.
Why the Natural Law Is Necessary
No contemporary thinker is interested in a wooden representation of the natural law that is tied necessarily to the particular metaphysical foundations in the Thomistic–Aristotelian synthesis. The history of natural law shows a wide variety of interpretations and applications. But they all have some elements in common. They all oppose cultural relativism, the notion that laws are mere moral conventions that vary among societies, with no transcendent ontological claim to being universally valid and binding. To the contrary; those who hold to the natural law believe that for a law to be just, it must conform to the structure of reality itself and not depend on the oscillating opinions and preferences of human beings. The law must be the same for all human beings and at all times, so that if murder is morally wrong in America, it is equally so in Asia and Africa. If torture is to be condemned as evil in Jerusalem, it must be equally so in London and Tehran. The United Nations’ Declaration of Human Rights formulates rules with respect to freedom and equality that are binding on all nations and peoples, not because of any majority vote, but because of an inherent correspondence between reason and nature. That is what is meant by saying that the Law is “written on the hearts” (Romans 2:25) of all human beings.
- Carl Braaten -

CONTRIBUTORS
Rev. Robert C. Baker (LCMS)
Rev. Dr. Carl E. Braaten (ELCA)
Mr. Matthew E. Cochran (LCMS)
Rev. Dr. Albert B. Collver III (LCMS)
Mr. Jacob Corzine (LCMS)
Dr. Adam S. Francisco (LCMS)
Rev. Gifford A. Grobien (LCMS)
Rev. Dr. Korey D. Maas (LCMS)
Dr. Ryan C. MacPherson (ELS)
Dr. Thomas D. Pearson (ELCA)
Rev. Prof. John T. Pless (LCMS)
Rev. Dr. Carl E. Rockrohr (LCMS)
Rev. Dr. Armin Wenz (SELK)
Rev. Dr. J. Larry Yoder, STS (NALC)
Prof. Marianne Howard Yoder (NALC)
Rev. Prof. Roland Ziegler (LCMS)
Endorsements
"Natural law was a common idea among the Reformers and their heirs. There has been some fledgling reconsideration of this heritage in recent years in my own Reformed tradition, and it is very encouraging to see similar discussions taking place among Lutherans.  Natural Law: A Lutheran Reappraisal helpfully wrestles with natural law from various historical and theological angles and also explores its relevance for several important social and ecclesiastical controversies of the present day. These essays on natural law—some enthusiastic, some cautious, others skeptical—are a wonderful contribution to the literature and should help to stimulate important conversations about this perennial issue for years to come."
David VanDrunen
Robert B. Strimple Professor of Systematic
Theology and Christian Ethics
Westminster Seminary California
"As a Catholic, I found it fascinating to read these fine essays and “listen in” on a conversation about natural law conducted by an outstanding group of Lutheran scholars. The authors consider such topics as whether there really is a natural human capacity to identify and affirm valid moral norms, and whether belief in a moral law accessible to unaided reason is compatible with an acknowledgment of the devastating impact of sin on the human intellect as well as the human will. Lutherans will benefit from reading these essays, but so will everybody else."
Robert P. George
McCormick Professor of Jurisprudence
Princeton University
"God's law is written in two ways and two places:  Not only in the words of revelation, but in our being, for we are made in God's image.  For a long time, many Christians neglected or even denied this insight because of the mistaken idea that if the image of God can be obscured by sin, then for all practical purposes there is no natural law.  How ironic, and how deadly to our common witness, that this common ground among all human beings, this universal prologue to the gospel, should have become a battle ground among Christians themselves.  Catholic myself, I rejoice to see the rekindling of reflection on natural law among Lutherans, and I look forward to many interesting conversations."
J. Budziszewski
Professor of Government and Philosophy
University of Texas at Austin
More Information
Other Formats