Add to List
These sermons make clear that Christian doctrine is not just for the classroom and textbook, but also and especially for the hearing, admonition, and consolation of all Christians.
Skip to the end of the images gallery 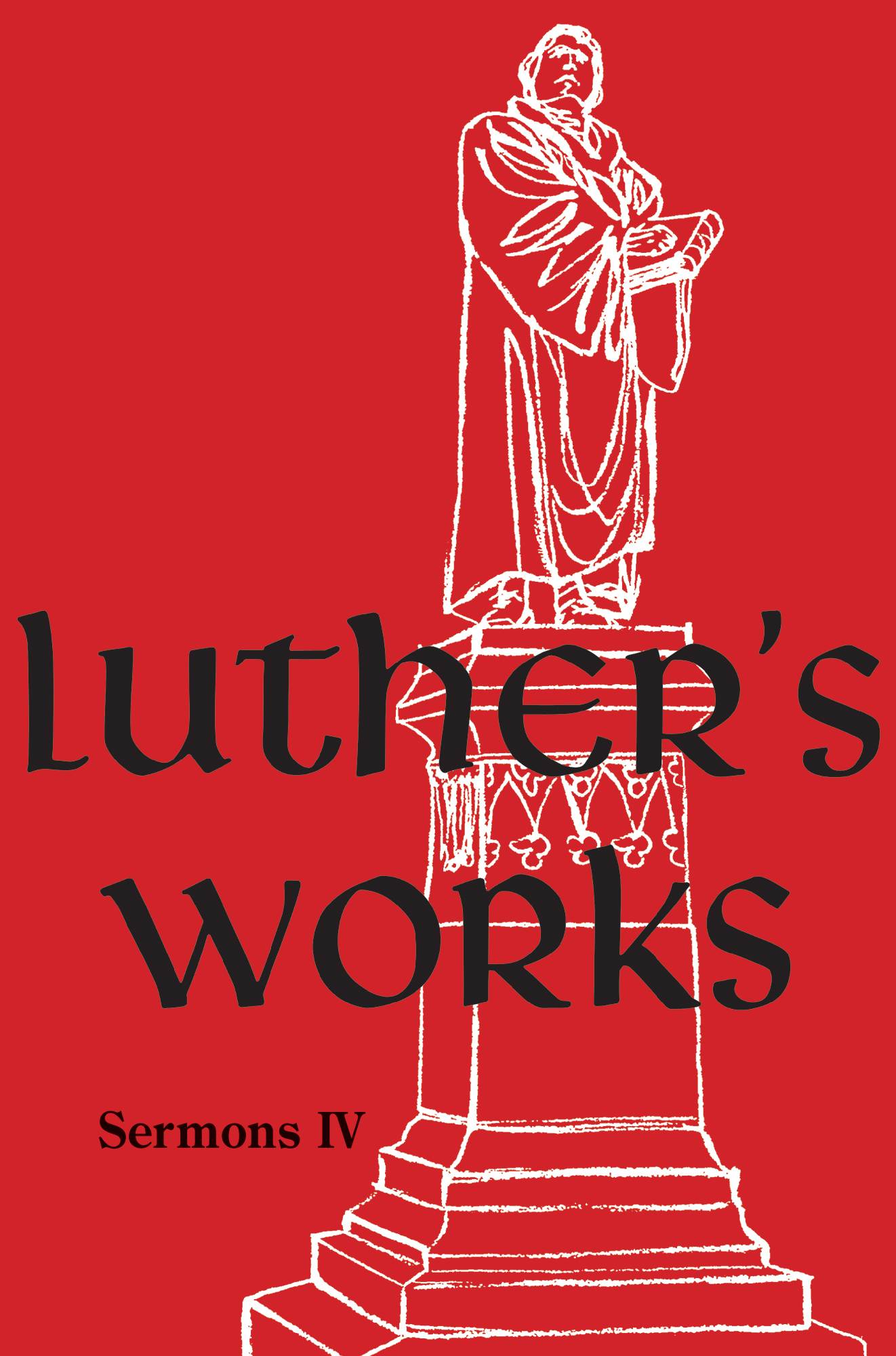 Skip to the beginning of the images gallery
Look Inside
Details
About this Volume
This volume contains a selection of Luther’s preaching between May 1531 and June 1539. In the first few years after the decisive Diet of Augsburg (1530) and the presentation of the Augsburg Confession, Luther grappled with how best to teach the doctrine of justification. Sermons dealing with Christian righteousness and the proper distinction of Law and Gospel show how Luther was gradually formulating this theme in a way that could be understood by Christians for generations to come. Luther’s preaching during these years also addressed Baptism, ordination to the preaching office, marriage, Christ’s return, the end of the world, the confession of the Trinity in the creeds, and the person of Christ.

These topics reflect, in part, the circumstances of the Evangelical church in the decade after the Augsburg Confession—and its rejection by the papal church—as Luther and his colleagues sought to defend the Gospel and to define its consequences worked out in the life of the church and of individual Christians. The selection of sermons also reflects the interests of Luther’s contemporaries and his students of the next generation: included here are most of the sermons from these years that found their way into the press during Luther’s lifetime or posthumously before the end of the century.

Luther’s sermons in this volume make clear that Christian doctrine is not just for the classroom and textbook, but also and especially for the hearing, admonition, and consolation of all Christians.


About the Series
The 28 planned volumes are intended to reflect both modern and sixteenth-century interests and to expand the coverage of genres underrepresented in the existing volumes of Luther's Works, such as Luther's sermons and disputations. The primary basis for the translation is the comprehensive Weimar edition.


Endorsements
“Among the greatest and most prolific theologians of Christian history, Martin Luther still speaks to us today. This 28-volume new series splendidly complements its 55-volume predecessor and offers a treasure-trove of writings never before available in English, writings crucial to understanding Luther’s life, thought, and profound influence throughout the centuries. Offering readable yet reliable translations, well introduced and appropriately annotated, this new series should delight scholars as well as engage laity and clergy.”


“Luther’s analysis of human life and his proclamation of God’s merciful deliverance of humankind from sin and evil through Christ ring true across the cultural boundaries of time and space. This supplement to the historic edition of the reformer’s writings, completed a quarter century ago, is bringing significant additions to the texts from his pen than are currently available in English. It will also provide English-language readers access to documents that aid in understanding Luther’s own life and the development of the Wittenberg Reformation. The volumes are being edited according to the highest academic standards and their introductions and notes offer readers helpful guides to the context and content of the reformer’s writings. Casual readers and those seeking to expand and deepen their knowledge of the Reformation will profit greatly from these carefully translated and edited volumes.”


“Concordia Publishing House is providing a tremendous service to historians, theologians, pastors, and students by producing these new translations of Luther’s works. The editors have chosen key texts for illustrating Luther’s life and thought, from his earliest works to the biographies written soon after his death. The volumes devoted to Luther’s sermons, lectures, and disputations are especially welcome, because they will give English readers a more complete picture of Luther the preacher and professor.”


Subscribe & Save 30%
Subscribe to the Luther's Works series and save 30% on each volume. Volumes release twice a year and will be shipped to you automatically. To become a subscriber, view the release schedule, or read endorsements visit cph.org/luthersworks.