Luther's Works, Volume 21 (Sermon on the Mount and the Magnificat)

Add to List
Luther's expositions of the Sermon on the Mount and the Magnificat are masterpieces...
Skip to the end of the images gallery 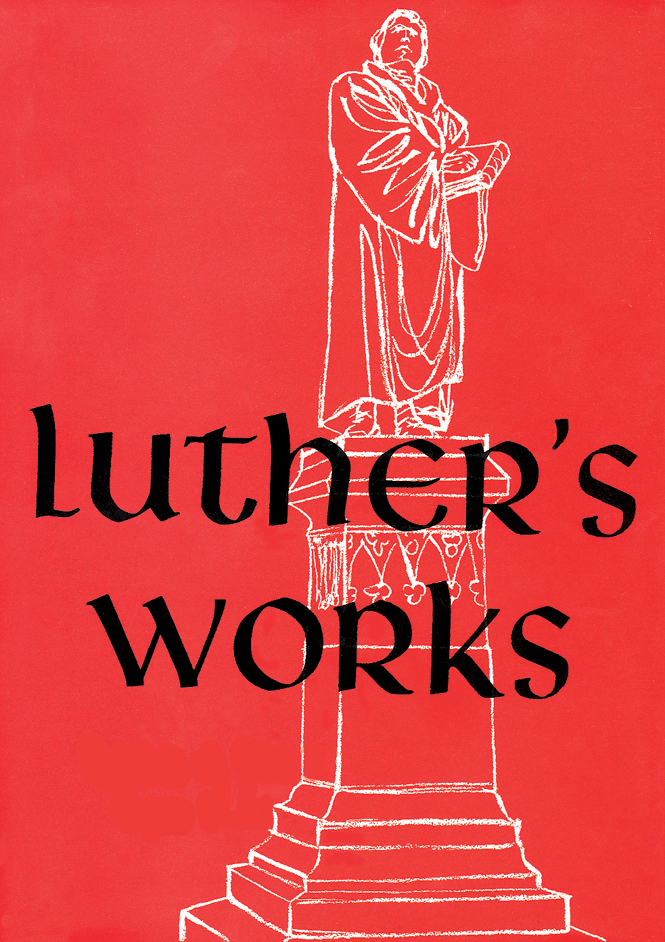 Luther’s Works: The American Edition, published by Concordia and Fortress Press between 1955 and 1986, comprises fifty-five volumes. These are a selection representing only about a third of Luther’s works in the Latin and German of the standard Weimar Edition, not including the German Bible.

Luther's expositions of the Sermon on the Mount and the Magnificat are masterpieces. Here Luther speaks about faith, about good works, about prayer, about Christian love, about the giving of alms, about war, about bearing witness to the Truth, about virtues and vices of many kinds. Above all, he stresses the everlasting love of Christ. Luther, always fearless and forthright, becomes bitingly eloquent when he talks about greed—greed as it came, and still comes, to the fore among men, women, and children in every walk of life, among many preachers as well as among many politicians. He writes: "This much is sure: as soon as a preacher or minister becomes greedy, he becomes useless, and his preaching becomes worthless. He has to be cautious; he does not dare to denounce anyone; he lets the donations come in till they stuff his mouth. … Thus he neglects his duty to denounce the wicked." The Reformer also shows that Mary's canticle has an important message for everyone. His outstanding ability as a linguist and his deep understanding of the Word of God are evident on every page.
More Information
Other Formats

Luther's Works, Vol. 21: Sermon on the Mount and the Magnificat (ebook Edition)

Write Your Own Review
Availability: In stock
Add to List