Lutheranism vs. Calvinism: The Classic Debate at the Colloquy of Montbéliard 1586

Add to List
Lutheranism vs. Calvinism: The Classic Debate at the Colloquy of Montbéliard 1586 documents the debate between Jakob Andreae and Theodore Beza on the topics of the Lord’s Supper, the person of Christ, Baptism, and predestination.
Skip to the end of the images gallery 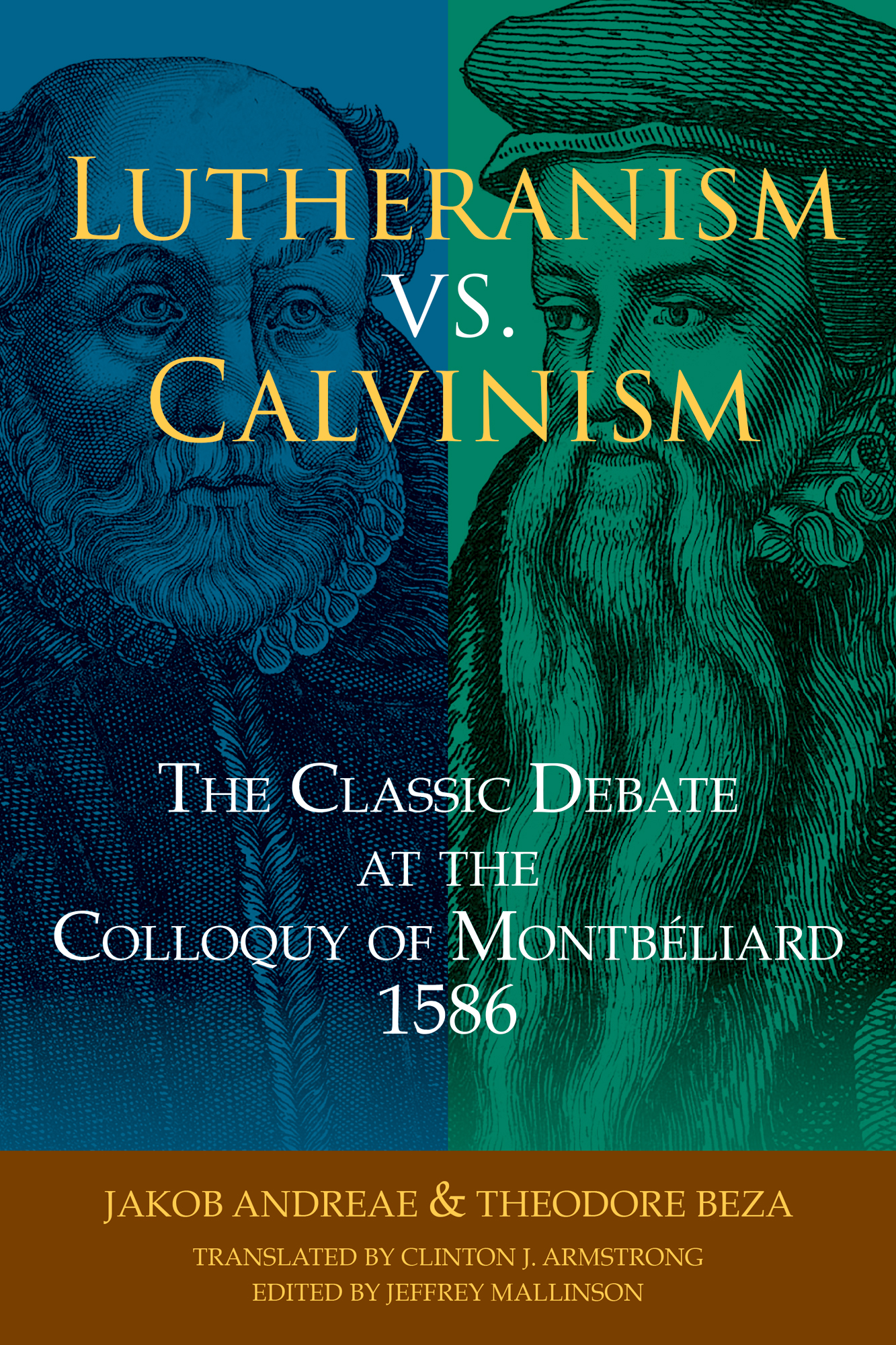 Two brilliant spokesmen. One passionate debate on the topics of the Lord’s Supper, the person of Christ, Baptism, and predestination.

The 1586 Colloquy of Montbéliard was a formal religious debate attended by clergy, professors, noblemen, and chancellors alike. But this event that fostered both respectful discussion and heated argument really came down to a defense of beliefs between the leading Lutheran and Reformed churchmen of the day: the Lutheran Jakob Andreae, an author of the Lutheran Formula of Concord, and the Calvinist Theodore Beza, John Calvin’s successor in Geneva.

Lutheranism vs. Calvinism: The Classic Debate at the Colloquy of Montbéliard 1586 is an invaluable tool not only for the study of the history of confessional Protestant theology but also for avoiding mischaracterizing confessional Lutheranism and Calvinism. In this first-ever English transcript of the debate, the issues between classic Lutheranism and classic Calvinism are laid bare, showing not only how the differences in these confessional positions were—and are—real and important, but also how, in some ways, the two sides are in agreement.

“The 1586 debate between the theological giants of the two great Reformation traditions opens the door to how they handled their differences without compromising respect for the other. Even after over four hundred years, the debate makes for fascinating reading.”
—Rev. Dr. David P. Scaer, Chairman, Department of Systematic Theology, Concordia Theological Seminary, Fort Wayne, IN

Lutheranism vs. Calvinism: The Classic Debate at the Colloquy of Montbéliard 1586 (ebook Edition)
Write Your Own Review
Availability: In stock
Add to List