Add to List
Weinrich explores essential imagery, significant narrative devices, and historical interpretation in his second volume in the Concordia Commentary series on the Gospel of John.
Skip to the end of the images gallery 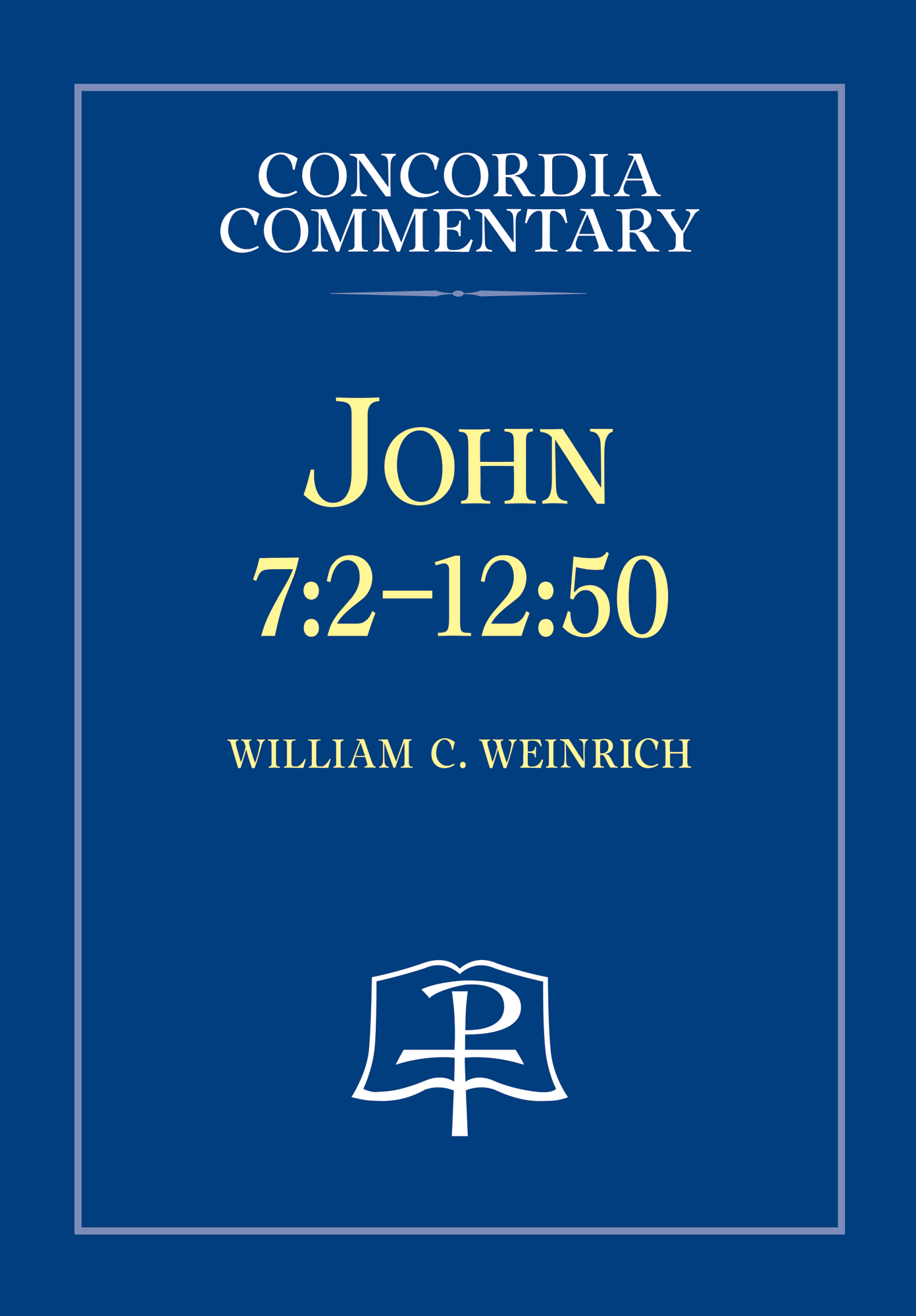 This second commentary volume on the Gospel of John continues in John 7 with verse two reading as a heading for the new section. The four chapters of John 7–10 present the central narrative of Jesus’ public ministry in Jerusalem, characterized throughout by his presence in or near the temple. John 11 and John 12 serve as the “last section” of the account of Jesus’ public ministry. It contains the “final sign” and three scenes which mark “the close” of Jesus’ public work. Weinrich explores essential imagery, significant narrative devices, and historical interpretation of the Book of Signs.

William C. Weinrich is professor of early church and patristic studies at Concordia Theological Seminary, Fort Wayne, Ind., where he has taught since 1975. During his tenure at the seminary, he has served as supervisor of the STM program (1986–1989), dean of the graduate school (1989–1995), and academic dean (1995–2006). He also served the Evangelical Lutheran Church of Latvia as rector of its theological school, the Luther Academy, in Riga, Latvia (2007–2010). He served The Lutheran Church—Missouri Synod as third vice-president (1998–2001) and as fifth vice-president (2001–2004). He retired at the rank of lieutenant colonel from the Indiana Air National Guard after serving as chaplain (1978–2004).

In this masterly commentary, Weinrich astonishes the reader by the range and depth of his scholarship. It reaches back to the whole Old Testament as God’s prophetic Word, across the New Testament in its testimony to the crucified Lord Jesus, and forward to doctrinal reception of John’s Gospel by the church. Its breadth is matched by the depth of its careful literary analysis, balanced theological reflection, and winsome liturgical sensitivity.

This commentary brought me many discoveries about the pericopes that I have been preaching on for forty years. I found deep textual research, rich historical and cultural background information, extensive references to ancient and modern commentators, and Dr. Weinrich’s valuable exegetical insights. He is an experienced preacher himself, so the commentary is also practical and fascinating to read.

—The Most Reverend Jānis Vanags, Archbishop of Riga, the Evangelical Lutheran Church of Latvia

Weinrich’s ability to extract detailed exegetical insights from all epochs of church history, including the most important contemporary voices, and merge them into an intriguing overall view of John’s theology is outstanding. Thus, he equips exegetical scholars and parochial preachers as well as educated laypersons with an excellent and reliable resource. Anyone who reads this commentary will get acquainted with Christ’s person, proclamation, and saving work in a most beneficial and strengthening way.

The second tome of Weinrich’s multivolume effort is much like the first: outstanding. An exemplary career of leadership and teaching combine again with a lifetime of scholarly reflection to produce a tremendous accomplishment. Weinrich’s masterful attention both to the subtle nuances of the Greek and to the theological breadth and depth of the most “spiritual” of the Gospels, together with his uncommon grasp of the history of the Gospel’s ecclesial reception, makes for a result that is like no other and a delight to absorb. Highly recommended.