Add to List
It could be said that the epistle of James has had a troubled history in Lutheran circles, but in this Concordia commentary Dr. Giese shows God's good word in the epistle and contextualizes some of Luther's concerns with the book.
Skip to the end of the images gallery 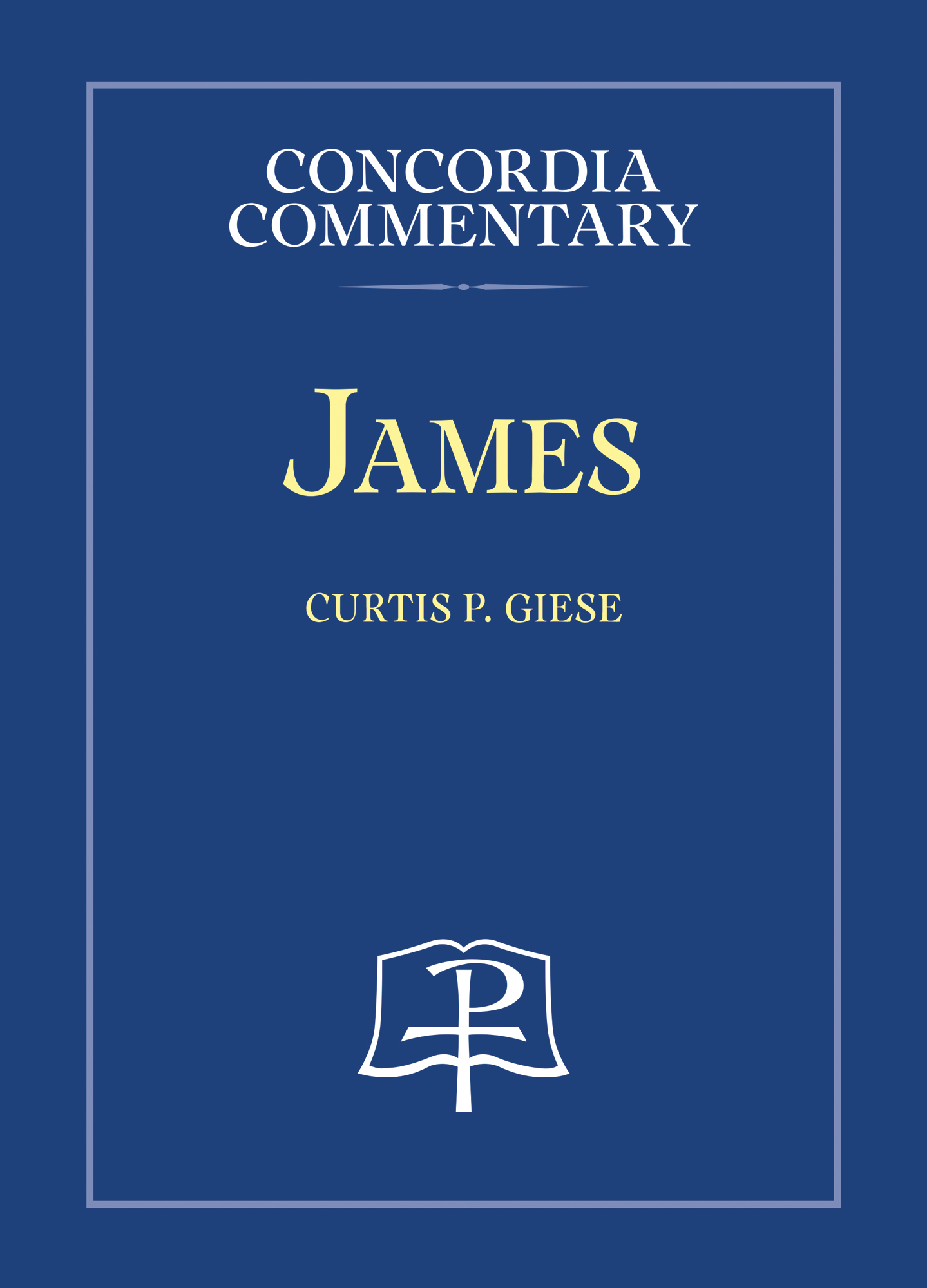 It could be said that the epistle of James has had a troubled history in Lutheran circles. Beyond its status as a disputed book in ancient considerations of the canon, James’s apparently contradictory teaching on faith and works can seem quite troubling. In this original translation, Rev. Dr. Curtis P. Giese tackles James with a thorough, faithful commentary. He argues that the book is truly scriptural, written by James the half-brother of Christ, and that the teaching on justification is reconcilable with the rest of the scriptures. Giese treats recent scholarship, giving particular focus to the various interpretations of the structure of James, whether as a disjointed collection of semi-essays or an intentional, integrated narrative. He also extensively treats the reception of James by Luther and the Reformers in the face of pressures from the Roman church.

The Reverend Dr. Curtis P. Giese is a professor in the Theology Division at Concordia University Texas in Austin, where he has taught Greek and New Testament since 2004. He was born and raised in Wausau, Wisconsin and received his education at Concordia University-St. Paul (B.A.), Concordia Seminary, St. Louis, Missouri (M. Div., S.T.M), Lutherische Theologische Hochschule, Oberursel, Germany, and Hebrew Union College-Jewish Institute of Religion, Cincinnati, Ohio (M. Phil., Ph.D.) where his emphasis was Judaism in the Greco-Roman period.

"Following Martin Luther's famous criticisms of James, many scholars in the Lutheran tradition have been at best lukewarm about this epistle. Not so Curtis Giese, who not only joins many recent commentators in rediscovering the riches of James's letter, but does so as a scholar strongly committed to the Lutheran confessional heritage. In this fresh approach to James he uses the Lutheran distinction of Law and Gospel as a hermeneutical framework for reading James. As well as the positive use of the Law for Christian living, he highlights James's emphasis on "the giving God" who lavishes on us his gifts of salvation. As for Luther, Giese restores the balance by directing attention to Luther's many appreciative exegetical comments on James. This is a theologically rich commentary that also offers helpful linguistic notes on the Greek text."
—Richard Bauckham, FBA, FRSE Professor Emeritus, University of St Andrews, Scotland

"While some Biblical commentaries excel in a few areas, they often are deficient in other aspects related to the Biblical text. Professor Giese’s commentary on James, however, excels in all areas of what makes a good commentary – familiarity with introductory issues, thorough linguistic analysis, awareness of previous research, fairness in analysis, theological accuracy, expository explanations, and adequate practical application. It is difficult to find any area of weakness in his discussions of this important but neglected ancient letter. I was particularly impressed with his thorough analysis and fair conclusions about the controversies surrounding “Luther and James” (50-62). This is commenting as it was designed to be."
—William Varner, Professor of Biblical Studies and Greek, The Master’s University
Author of James: An Exegetical Commentary

"This Concordia Commentary volume by Prof. Curtis Giese is described as “a theological exposition of Sacred Scripture.” And that is precisely what it is. It is solidly exegetical, as in the best traditional commentaries (which the bibliography makes clear he has consulted), but it is also expositional, which pastors will appreciate, as well as theological (seen in, but not limited to, Luther’s theology connected to key passages). One gets all of this in one 450-page volume! This is a tool pastors will reach for when trying to make sense of the epistle of James."
—The Reverend PETER H. DAVIDS, Ph.D., BSCD Chaplain, Our Lady of Guadalupe Priory

"Dr. Giese offers the church and academy a thoroughly Lutheran commentary on James that should finally put to rest the unfounded accusation that Lutherans don’t know what to make of James. Giese ably brings Luther and the Lutheran exegetical tradition to bear on modern scholarship, which has largely seen the Lutheran Reformation as a hinderance to understanding the letter. For that reason alone, every Lutheran pastor should own this commentary. With both scholarly discipline and pastoral care, Giese uses the distinction between law and gospel to interpret the practical yet eschatological message of James. He argues convincingly from history, the rest of Scripture, and the internal witness of the letter that the author is James, the half-brother of Jesus, and that the text is inspired by the Holy Spirit with a coherent message for the suffering church of all ages."
—Dr. Jason D. Lane, Associate Professor of Theology, Concordia University Wisconsin