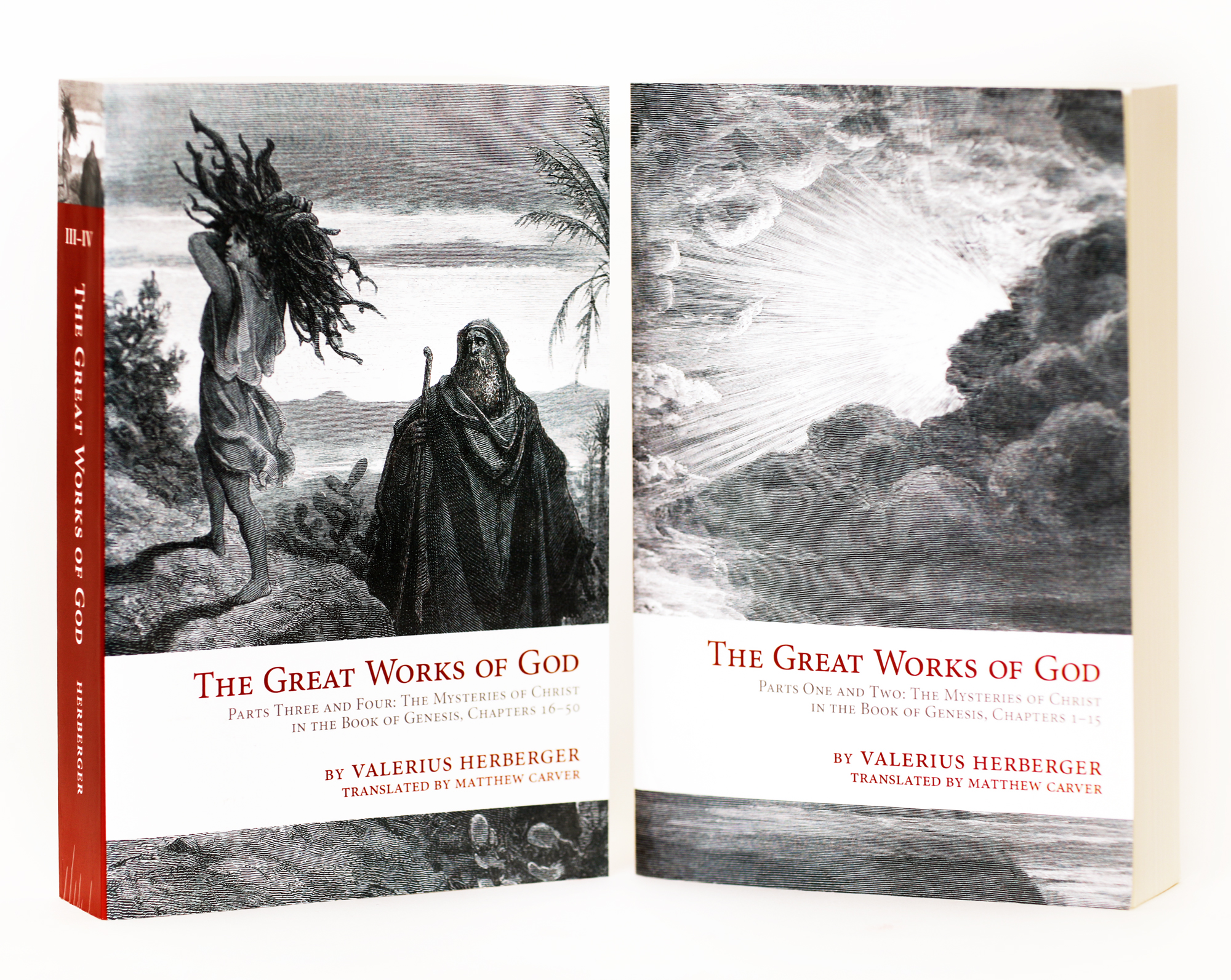 Overview
Herberger (1562–1627), a Lutheran pastor in Fraustadt (now Wschowa), Poland, at the turn of the seventeenth century, preached through the books of the Old Testament from Genesis through Ruth, producing devout meditations on the Scriptures. “These he regarded rather like the linen cloths that wrapped the infant Jesus in the manger, and traced his Lord in every little wrinkle” (from the translator’s preface).

About the Author
Pastor Valerius Herberger (1562–1627) served St. Mary’s parish church in Fraustadt (now Wschowa), Poland, during the most difficult days of the Counter-Reformation when a royal decree ousted the congregation from its building in 1604. As a deacon and preacher in the congregation for nearly forty years, Herberger left us a remarkable example of biblical interpretation, application, and sincere devotion.
About the Translator
Matthew Carver, MFA, is a translator of German and classical literature. He resides in Nashville, Tennessee, with his wife, Amanda, where they pursue interests in art, orthodox Lutheran theology, liturgy, and hymnody.
Set Details
Write Your Own Review
Availability: In stock
Add to List