Add to List
Peek into the powerful preaching of the first president of the LCMS, C.F.W. Walther.
Skip to the end of the images gallery 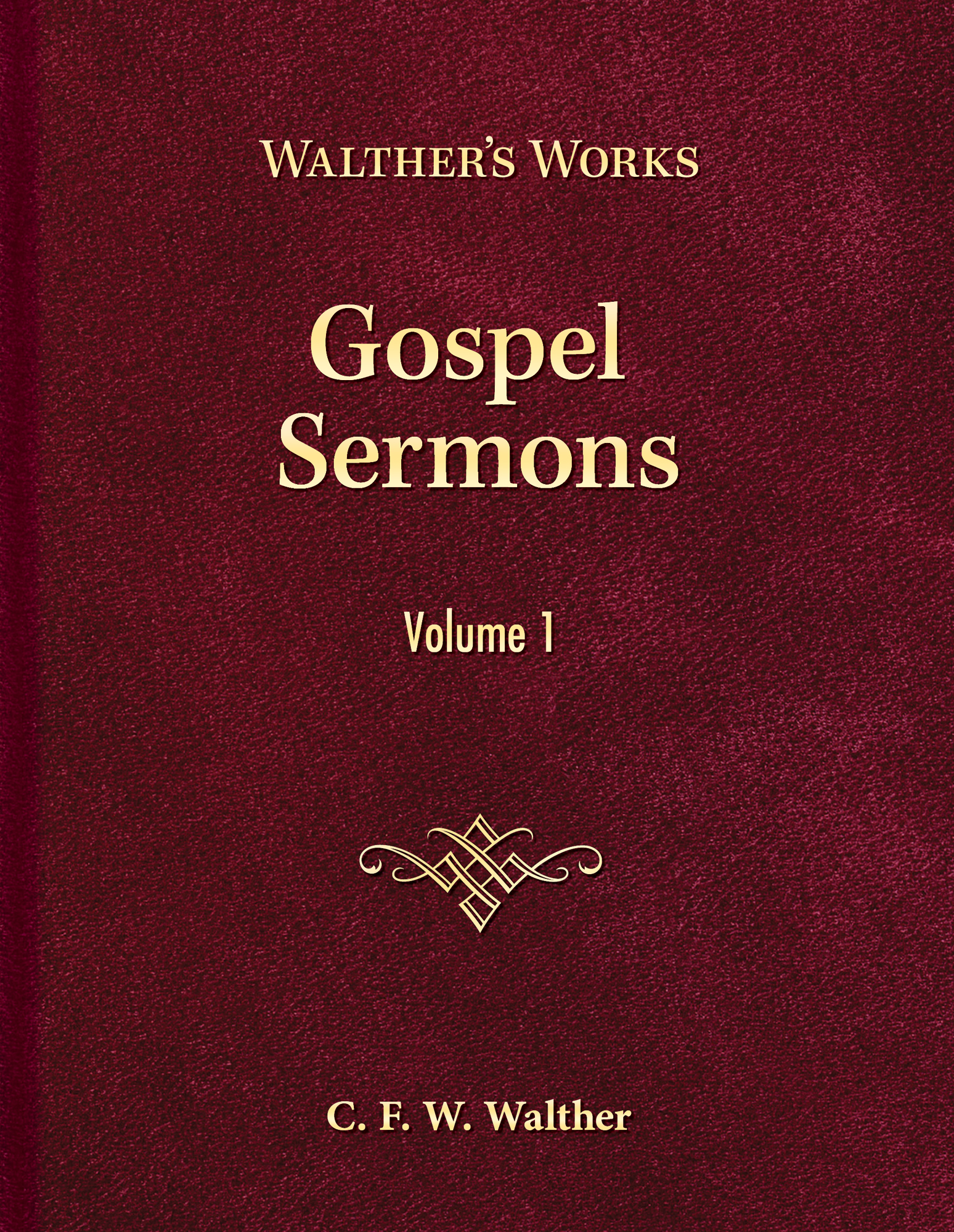 Skip to the beginning of the images gallery
Look Inside
Details
About this Volume
Walther's sermons reflect not only the importance of Walther as leading theologian of The Lutheran Church—Missouri Synod in the first decades of its existence but also his extraordinary gifts as a preacher. Now in English, Walther’s sermons will give readers today a peek into the powerful preaching of the first president of the LCMS.

The sermons are printed unchanged as to content and form. They originate from the author’s almost 30-year activity as pastor of the first German Ev. Lutheran (Joint) congregation of the Unaltered Augsburg Confession in this country, which for some time past consists of four areas with four churches: Trinity, Immanuel, Zion, and Cross Churches.

People who read these sermons will experience the explanation of God’s Word by C. F. W. Walther and lead people to the insight that they are as Christians “a chosen race, a royal priesthood, a holy nation, a people for His [God’s] own possession, that you may proclaim the excellencies of Him who called you out of darkness into His marvelous light” (1 Peter 2:9). This was the bible verse Walther put on one of the first pages of the German edition of his Gospel sermons.

View all of Walther’s Works >

One of the most significant Lutheran theologians in North America, C. F. W. Walther (1811–87) dominated the theological landscape of the mid-1800s. A leader in the Saxon immigration to Missouri in 1839, Walther helped to found the college that would become Concordia Seminary, St. Louis, Missouri, as well as to organize The Lutheran Church—Missouri Synod. In addition to serving as a pastor, Walther was the synod’s first president and the president of the seminary and its leading teacher. A prolific author, Walther wrote on a variety of topics, corresponded with numerous religious leaders, edited the theological journal Der Lutheraner, and helped start Concordia Publishing House.
More Information
Other Formats