Faith Misused: Why Christianity Is Not Just Another Religion (ebook Edition)

Be the first to review this product
Item #:
124637KIN
Availability: In stock

Availability: Downloadable and Digital Access items are non-refundable
Dr. Alvin Schmidt seeks to reclaim the New Testament use of the word "faith" from the relativism of our modern age.
Skip to the end of the images gallery 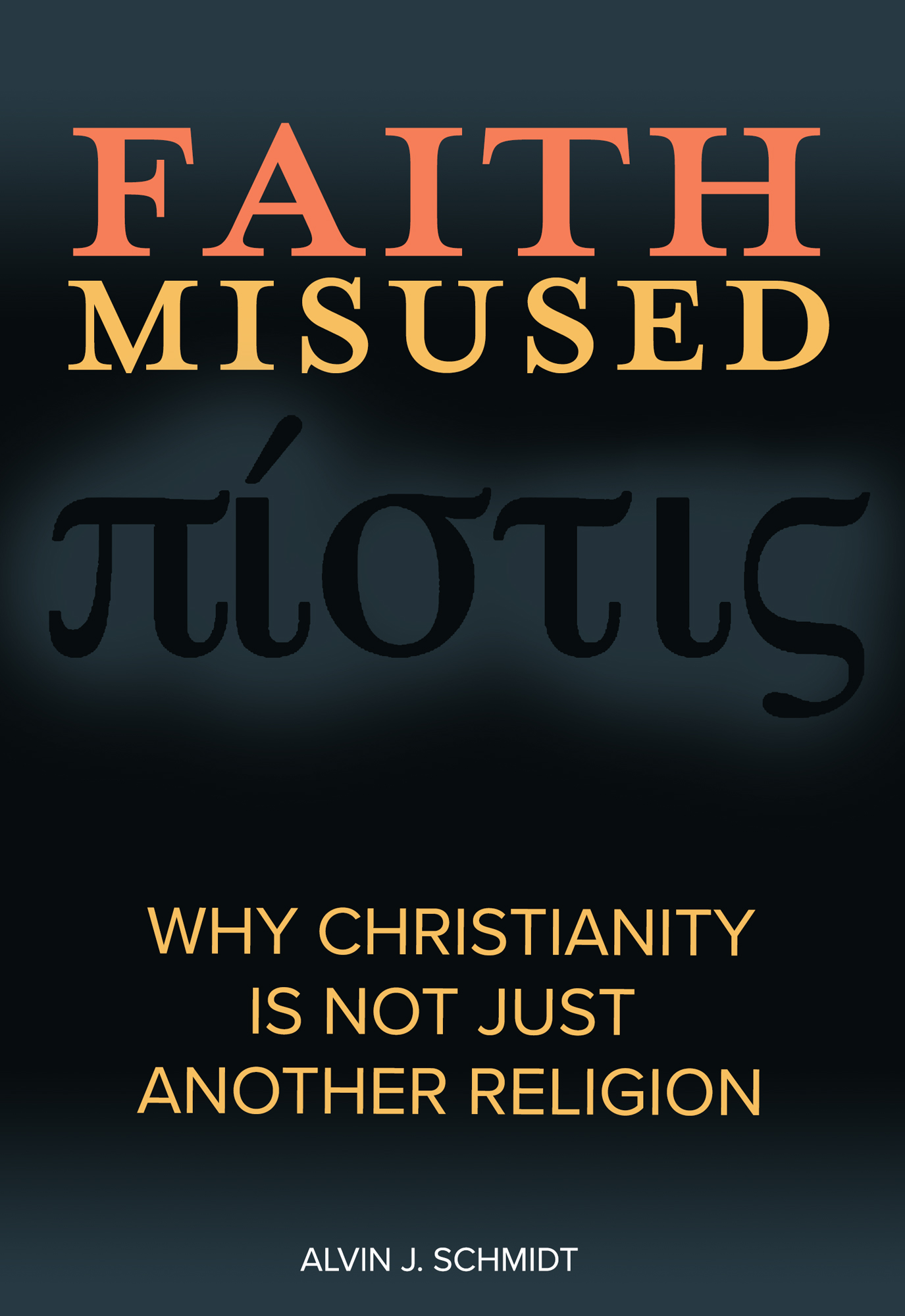 Today, we hear the word "faith" used in a myriad of ways. "Faith" is placed in the stock market. Spiritual practices of any kind are called "faiths". Dr. Alvin J. Schmidt argues that this use of the word would be entirely unfamiliar to the New Testament Christians. For them and in the entirety of the New Testament Scriptures, faith is an exclusively Christian word, implying true knowledge of and trust in the incarnate Christ.

As Dr. Schmidt writes, we need to aspire to being people of THE faith. Not just any will do. In Faith Misused, you’ll find his case for a Christian reclaiming of the word “faith” from its ambiguous modern uses.

Rev. Dr. Alvin J. Schmidt is professor of sociology emeritus at Illinois College in Jacksonville, Illinois, and a fellow of the Society for the Scientific Study of Religion. He is the author of numerous books, including the award-winning Fraternal Organizations (1980), How Christianity Changed the World (2004; now in eight different languages), and Hallmarks of Lutheran Identity (2017).

"Alvin Schmidt is a genuine national treasure and one of our most prescient intellectuals in the public square. Decade upon decade, he has produced mini masterpieces that have predicated massive shifts in public policy and conscience, all reasoned from his faith-informed scholarship and lyrical pen. He has done it again in Faith Misused, a book so timely, topical, and relevant that we are almost morally obliged to benefit from its vision and scope."

"A quarter century ago, Prince Charles announced that as king he would be “defender of faith”–removing the definite article from the title that English monarchs have borne since Henry VIII attacked Luther. Alvin Schmidt definitively restores the article in this remarkable little book. Christianity is the faith, the one and only. Any other “faithing” is in vain because it’s like grasping at breath on a cold morning or trying to stand on a cloud. There’s nothing there. But the true faith finds its firm foundation in Christ, the rock."

Faith Misused: Why Christianity Is Not Just Another Religion
Write Your Own Review
Availability: In stock