Broken: 7 "Christian" Rules That Every Christian Ought to Break as Often as Possible

Be the first to review this product
Item #:
124389EBA
Availability: In stock

Availability: Downloadable and Digital Access items are non-refundable
Examine seven common spiritual traditions and the tools they use to try and undermine Christianity.
Skip to the end of the images gallery 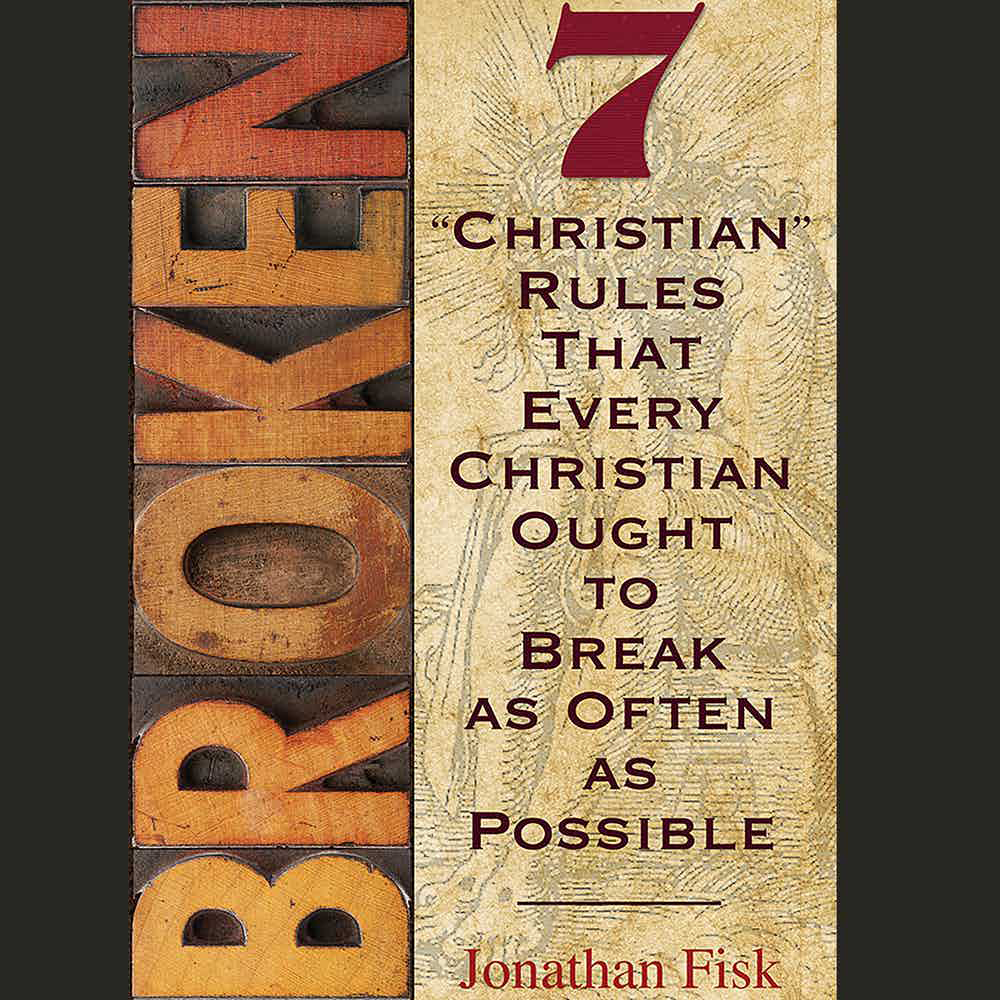 There are only two kinds of spirituality in the world. One is false, and one is true. One is the manifestation of the old evil foe who has sent many false spiritualties out into the world, and the other is the holy spirituality found only in faith in the one true God. One is a lie, and one is real.

But which is which?

There is a cultural perfect storm shredding the spiritual landscape of the United States. It travels on the wind of a growing ignorance of both history and the Bible. Christians are losing faith because the kind of Christianity they are trying to believe is

This book examines seven of the most common spiritual traditions and how they use speculation, mysticism, and moralism to break Christianity. Author Jonathan Fisk calls them the seven “counterfeit Christian rules that every Christian ought to break as often as possible,” because they are seven myths that have infiltrated the churches in our age, seven teachings taught as if they were doctrine, but which are nothing more than the traditions of men.

The dark secret of Christianity in America is that we are losing.
We hide it with light shows, Christian dance and music, and video games,
but it’s true. And it’s not new.

The house has grown too dirty. Fisk is going to sweep it clean. All of it: the dusty corners where spores of speculation lay, the air filled with the mustiness of mysticism, the grout where the mold of moralism has grown thick over our clean confidence in Christ. Once the grime has been scrubbed away, Fisk shows how, under the cross of Jesus, you will find that your mind, heart, and hands, your reason, emotions, and sense of mercy, are the very things that our Lord has redeemed. In the resurrection of Jesus, in His fulfillment of the Law, in the essence of His Gospel, in the pure Word of God, you will find the truth.

“In the manifesto of the Emergent Church Movement, Brian McLaren described  himself as “evangelical, post/protestant, liberal/conservative, mystical/poetic, biblical, charismatic/contemplative, fundamentalist/Calvinist, Anabaptist/Anglican, Methodist, catholic” and more.  But, as John Pless has noted, his grand theological synthesis does not include “Lutheran.”  But could it be that the kind of Christianity that best addresses our postmodern times—the kind that is the most radical, the most relevant, and the most cutting-edge, the theology that most precisely addresses the spiritual condition of our day (as well as every other day) and that counters the weaknesses of most American Christianity (including that of the Emergent Church)—is actually orthodox, conservative, confessional Lutheranism?  That’s the impression one gets from Rev. Jonathan Fisk’s brilliant, exhilarating book Broken.  If you know people, young or old, who are burnt out from churches and on the verge of giving up on Christianity (or if you yourself are), get them this book!  Quickly!”
Gene Edward Veith
Provost & Professor of Literature, Patrick Henry College

“For any reader who is not afraid of having their practice challenged, their thought process tweaked, or their whole approach to Church adjusted—I recommend this book. For those who are afraid—it is a must read.”
Rev. Dr. Brian Saunders
President of Iowa District East