Add to List
Dr. Maier continues his work on 1 Kings by following the leaders of Israel through the ebbs and flows of their faithfulness in his Concordia Commentary on 1 Kings 12-22.
Skip to the end of the images gallery 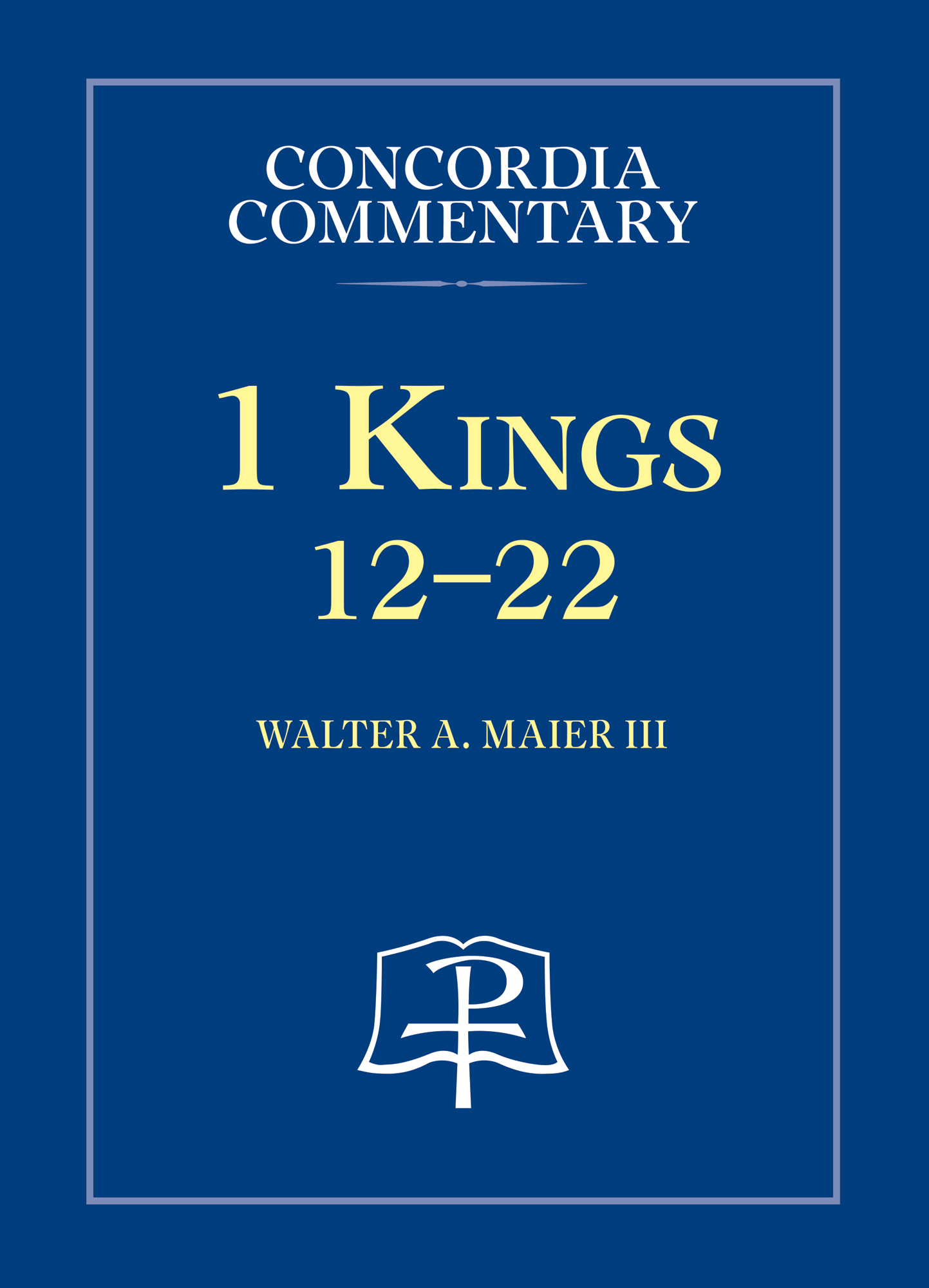 David implores his son Solomon to “keep the charge of the Lord your God, walking in his ways and keeping his statutes.” [1 Kings 2:3] This wisdom proves to be a struggle for the subsequent kings of Israel, as chronicled in 1 Kings. Nonetheless, the glimpses of these kings are selective, as Maier argues that 1 Kings was written more for the sake of its theology than its history. He notes the emphasis given to themes of Jerusalem as political and religious center, of God’s covenant with Israel, and of each ruler’s relation to God. Maier focuses especially on the issues of syncretism presented in 1 Kings, considering its disastrous effects on Israel and its dangers to the church even today.

The Rev. Dr. Walter A. Maier III received the A.A. from Concordia Junior College, Ann Arbor, Mich. (1972); B.A. from Concordia Senior College, Fort Wayne, Ind. (1974); M.Div. from Concordia Theological Seminary, Fort Wayne (1978); and M.A. and Ph.D. in Near Eastern Languages and Civilizations from Harvard University, Cambridge, Mass. (1984). He served as a professor in the Theology Department of Concordia College, River Forest, Ill., from 1984 to 1989. From 1989 to 1992 he was assistant pastor at Concordia Lutheran Church, Fort Wayne. He joined the Exegetical Department of Concordia Theological Seminary, Fort Wayne, in 1989 and has taught Hebrew and courses in the Old Testament. He has been a pastoral assistant (Emanuel Lutheran Church, New Haven, Ind., 1996–1998; Our Hope Lutheran Church,
Huntertown, Ind., 2003–present), and since 1998 he has served as one of the regular pastors on the TV program Worship for Shut-Ins (now Worship Anew).

“Like the rest of the Concordia Commentary series, Walter Maier’s commentary on 1 Kings 1–11 signals a heartening trend in biblical scholarship. Sometime in the past century, historical and devotional readings, academic and ecclesial commentary, went their separate ways. 1 Kings 1–11 is an effective sign that the rupture is being healed. To call it “magisterial” is to undersell. Maier addresses historical, textual, philological, and interpretive questions with all the zeal of the most attentive critical scholar. Yet this is manifestly a commentary for the church, a thorough and judicious guide for pastors who want to sustain their flocks with a healthy diet of God’s living Word.”

“For anybody wishing a very well-done, detailed, thought-provoking analysis of the life of King Solomon in 1 Kings 1–11 and one reflective of the best in conservative biblical scholarship, this is the commentary to which one should turn. Maier leaves no stone unturned and no interpretive issue sidestepped. Those reading these eleven chapters in their Hebrew Bible will find his copious notes at the start of each pericope on the Hebrew text helpful and stimulating. In a day when it is often fashionable in the biblical academy to demonize Solomon, along with his father, David, it is refreshing to make one’s way through a study that clearly shows that this father-son combination was part of the God-ordained plan and chain that eventually would produce Jesus the Messiah as its climax and fulfillment. To Walter I say, ‘Get the remainder of your work on 1 Kings and 2 Kings to the rest of us ASAP.’

“The name of Walter A. Maier III has long been rightly associated with excellence in biblical scholarship, and the present volume can only serve to strengthen and enhance that conviction. This commentary intends to interpret the entire message found in 1 Kings 1–11 and in a comprehensive manner. Yet, despite that, the format of Maier’s work is exceptionally easy to follow and use. That format breaks down the biblical text—block by block, paragraph by paragraph, verse by verse, and many times even
word by word. Each block is translated, given a full textual treatment, followed by a commentary analysis. One also finds a rather wide array of exegetical, theological, and historical excursuses sprinkled throughout the commentary, between blocks of text, that helpfully explicate a related word/phrase used by the biblical writer or a particular concept employed by Maier in that block of analysis. He also gives due attention to the compositional process that brought the book of Kings into existence. His extensive and thoughtful use of secondary literature is quite robust, including both biblically related sources and sources from secular writings. The volume will be an astonishingly rich resource for anyone wishing to learn more of Israel’s united monarchy—a period very much at the forefront of contemporary biblical scholarship! And the material is presented with balanced and reasoned argumentation.”